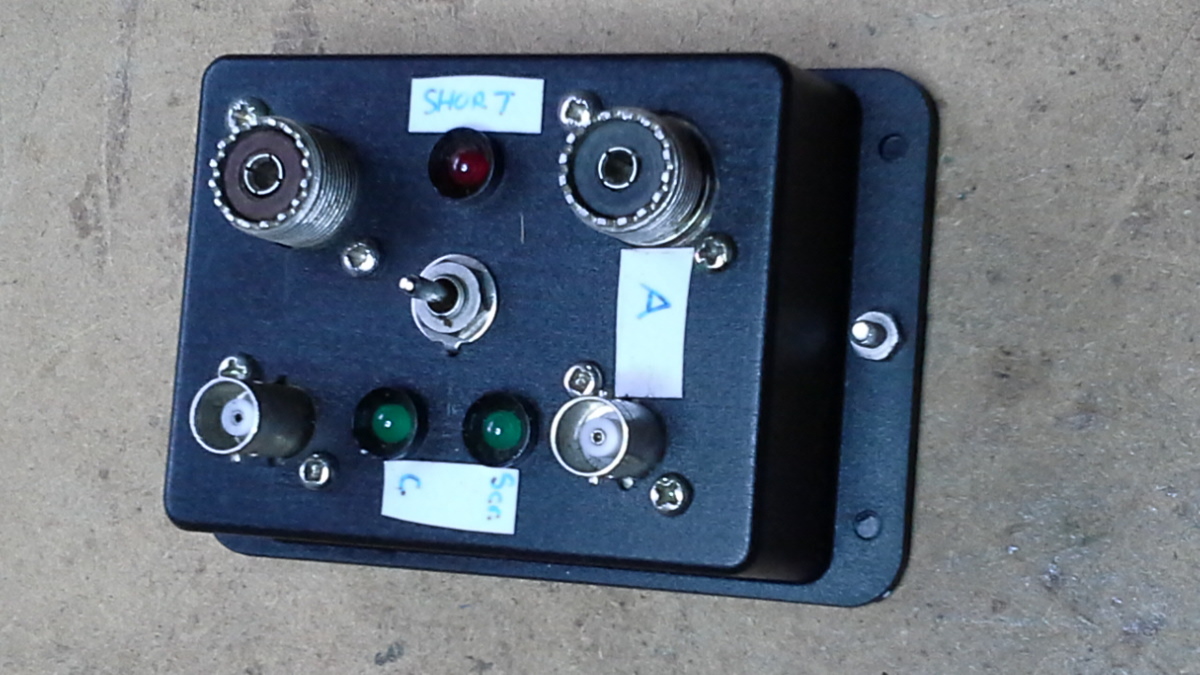 This is a simple circuit that can be used to test all those coaxial cables that we have or make. It only uses a few components and will test if the cable is OK, has any shorts between screen and inner and if both screen and inner are continuous. The circuit is shown below along with components required.

NOTE: Box must be of an insulating material otherwise the connector screens are shorted together and braid test will give a false reading. 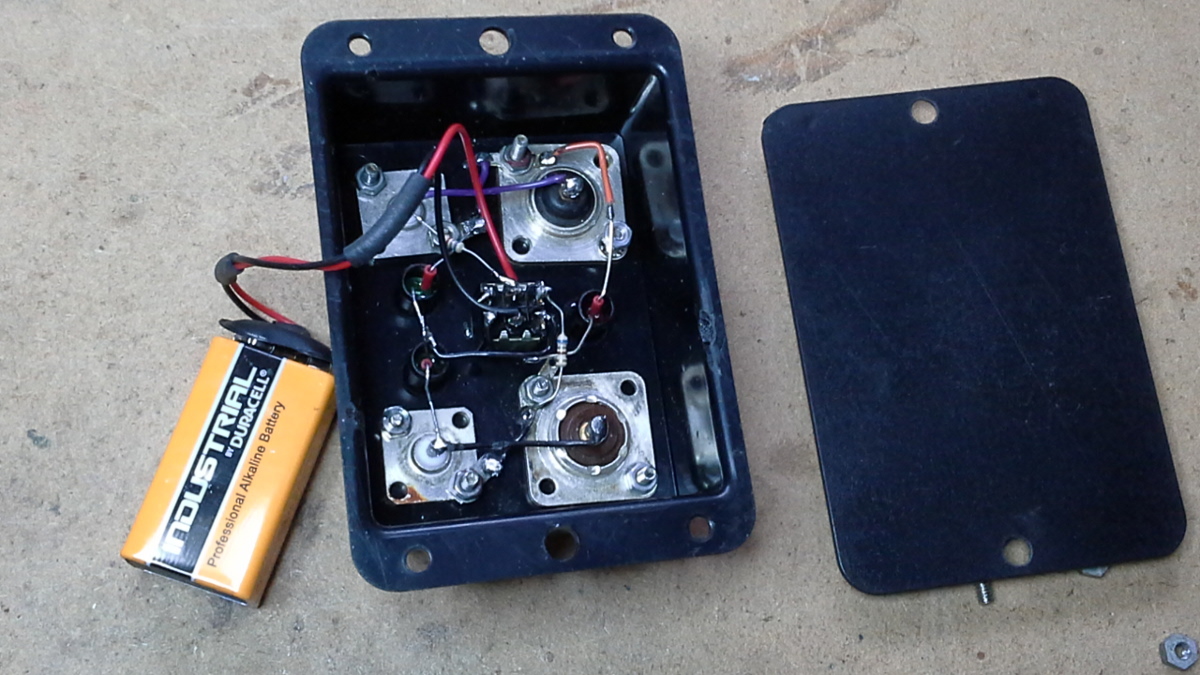 You may well have come across impedance expressed in the the terms real and imaginary (or resistance and reactance) when using equipment such an Antenna Analyser or impedance in the form R + jX. This may mean something to some readers whilst it probably means nothing and is somewhat baffling to many others. In this article I am going to try to explain in SIMPLE terms what it is all about. Please do not “get turned off” because it contains some mathematics, it’s all very simple — really! This article is not meant as a mathematical treatise on the subject and covers, for sake of simplicity, only the series circuit. It will, however give your brain, calculator and computer some exercise!

During studies for the old RAE or newer Full Licence the concepts or resistance and reactance have been taught and the following equations will have been given:

(Note: at least X is in Ohms and we have a chance of combining it with resistance R, L and C themselves are not in Ohms).

Figure 1: Impedance in a Series Circuit

Again, referring to what has been taught, impedance can be represented by a triangle such as shown in Fig. 1 for a series circuit. It is not correct to write that Z = R + X_L or Z = R + X_C as this has not taken into account the phase shift introduced by the reactive element. Rather, you must use the formulae given in Fig 1.

It would, however, be very convenient it there was a method whereby R and X could be combined in some form without the use of square roots and trigonometric functions. It would allow a consistent set of units — Ohms — instead of dealing with \text{pF}, \text{μF}, \text{μH}, \text{mH} and so forth and also be convenient if reactances could just be added and subtracted. This would help us in, for example, antenna calculations, where we need to get a series reactance that will make an antenna look purely resistive. The next section explain a method for attaining this with some examples.

There is a mathematical tool which uses the j operator (it is often called i in mathematical books but engineers use j). This allows us to write Z=R+jX_L or Z= R-jX_C — note the minus sign for capacitive reactance, it is important. The R and the j terms cannot be further simplified, i.e. if Z = 65 + j40 this is its simplest form. The j term implies a quantity that is at 90\degree (or quadrature) to the resistive term.

Two practical examples – see Fig, 2. Using the formulae for reactance given earlier and the frequencies quoted in the examples, then the series circuits can be specified as Z = 220 + j 628.3 and Z=100-j15.9 respectively (note these figures have been rounded off). This gives phase angles of approximately 72\degree (lagging) and 9\degree (leading) respectively. The minus sign indicates the reactance is capacitive and the plus sign denotes inductive.

If the series circuit as shown in Fig. 3 is used, the combined impedance is given by:

The non j and the $j$ terms can he collected together which gives:

Thus series resistance can be added together (something that should be known) as also can series reactance — but taking into account the sign. The reactances can only be added together provided that they are quoted at the same frequency. Taking the examples from Fig. 2 and combining them in series gives:

This denotes that the combined circuit at 100\text{kHz} has a resistive part of 430\Omega and an inductive reactance of 612.4\Omega (because the j term is positive). This is equivalent to 0.975\text{mH} (or 975\text{μH}). The resulting phase angle of 55\degree is obtained from:

A well-known condition is achieved when the resultant j terms equals zero, i.e. when X_L = X_C. From earlier then:

When rearranging this one obtains:

This is the well-known resonant frequency formula.

You are then left with Z = the resistive term only, i.e. a series circuit at resonance is purely resistive — something one learnt for the exams?

You could well ask what is the use of this, is it just a mathematical exercise? No, it is not: a practical use was hinted at earlier. The following example is just one application.

The impedance at an antenna system is measured at 3.7\text{MHz} using an antenna analyser and it is found that the resistive part is 38\Omega and the reactive part is -j100\Omega (ie Z = 38 – j100). To get maximum power into the antenna it is desirable to eliminate the reactive part so that, from terminals AB, the impedance is purely resistive. Assuming the antenna analyser gives an equivalent series circuit, then a reactance must be added in series to cancel the -j100 term. This is obviously +j100 and the value of the inductance can now be calculated as 4.3\text{μH} at 3.7\text{MHz}.

It is hoped that this short article has provided an insight into the use of the operator j, but the article really only touches the surface regarding the use or this operator.

Sufficient information is given for converting between physical values (ie. farads and henrys and sub-multiples) and equivalent reactances which are expressed in one single unit — the Ohm. The practical examples given will hopefully allow you to use the operator for other applications.

To ease the maths, you can write a simple spreadsheet to do it for you.